I was asked the other day, how business has been since the end of Defender production?

I think we all believed that, in a sense, Armageddon was coming – The Defender would be no more, the vehicle we have all grown up with, the one that got under the skin of so many people and became the core and almost staple diet for people in both the countryside and the city, farmers and rock stars alike, for people with dogs, people who shoot, fish, people who ski, surf, mountain bike, tow, camp, climb, free fall… it just really does everything. It’s so pure, it’s so basic, it’s so simple, so classic. A true part of British heritage and really it was hard to believe it would actually come to an end, but it did, well production did…on the 29th January 2016, almost exactly a year ago. Strangely there was no Big Bang, no sudden tilting of the earth on its axis, the bank didn’t ask for a meeting, in fact, the phone rang and kept ringing. 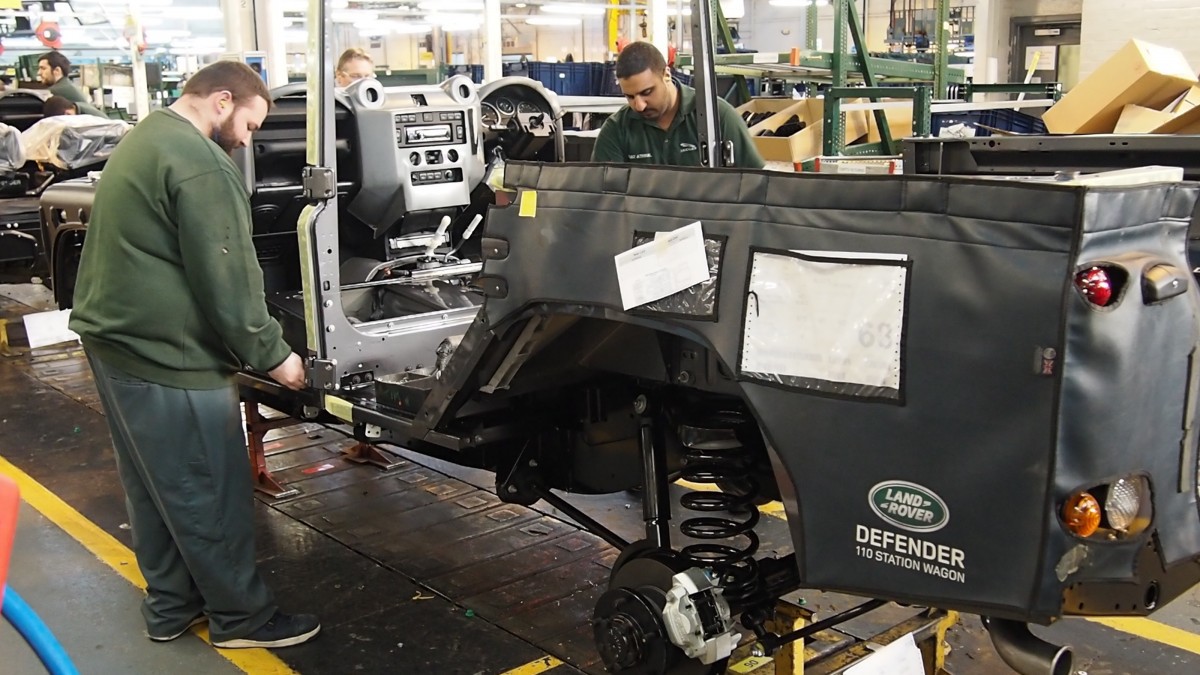 Other than that, I think it’s actually sort of passed quite quietly. There was all sorts of little celebrations but that was it… Land Rover was no longer producing the Defender. And in no longer producing it what happened was that it became an instant classic. Over night we had a vehicle that was increasing in value at a rapid pace. We kept abreast of the rate of increase through our new venture that runs alongside Twisted, LR Motors, which was buying 12 month old Defenders with 25k miles on for significantly more than we had been paying new, and selling them, quickly… Land Rover didn’t produce a vehicle that was a run out model, they didn’t produce something to ‘get rid of the last few’, they ended production with something that was at a high point, the most popular it had ever been – we saw panic buying, we saw a flood of interest, we saw people rushing to get hold of the very last Defender they could buy. They didn’t want to miss out on their own piece of history. At this point our order that we had placed two years before was only half way through being delivered. We filled two barns with new Defender and as we only be building 50-60 a year from new base vehicles, in among dozens of customer owned conversions, we had 4 years of stock in our barns.

36 were quickly covered up, taken off the list, they were not for sale just yet, but that is another story…

I wish I had had £1 for every time I was asked the question ‘So what are you going to do now they stop producing Defender?’ the fact is we’re getting busier and busier. Yes, ok we will eventually run out of stock and at that point we’ll have to start finding appropriate base vehicles. But I think rather than being a new vehicle modifier Twisted will gradually become the brand that is synonymous with building and crafting and restoring old Defender 90 and 110. We have a great foundation that works, we still have supply of new vehicles, we have 40-50 used defenders on stock and huge demand for customer conversion. The best part is we don’t just apply some paint and a set of wheels and give it a sticker. We craft a vehicle, it takes an age, sometimes upwards of 600 hours. There is always demand for quality and that is a place we will remain, the boundaries need pushing.

So, here we are, this time last year we were waiting for the final Defender to come off the production line, I’d just been to the factory to see some of our vehicles go down the line, I’d even managed to get some of the guys on the production line to sign the chassis of one of them – Amazing to see something that will eventually end up on your drive, start as a series of components and end up in one piece. Quite incredible! 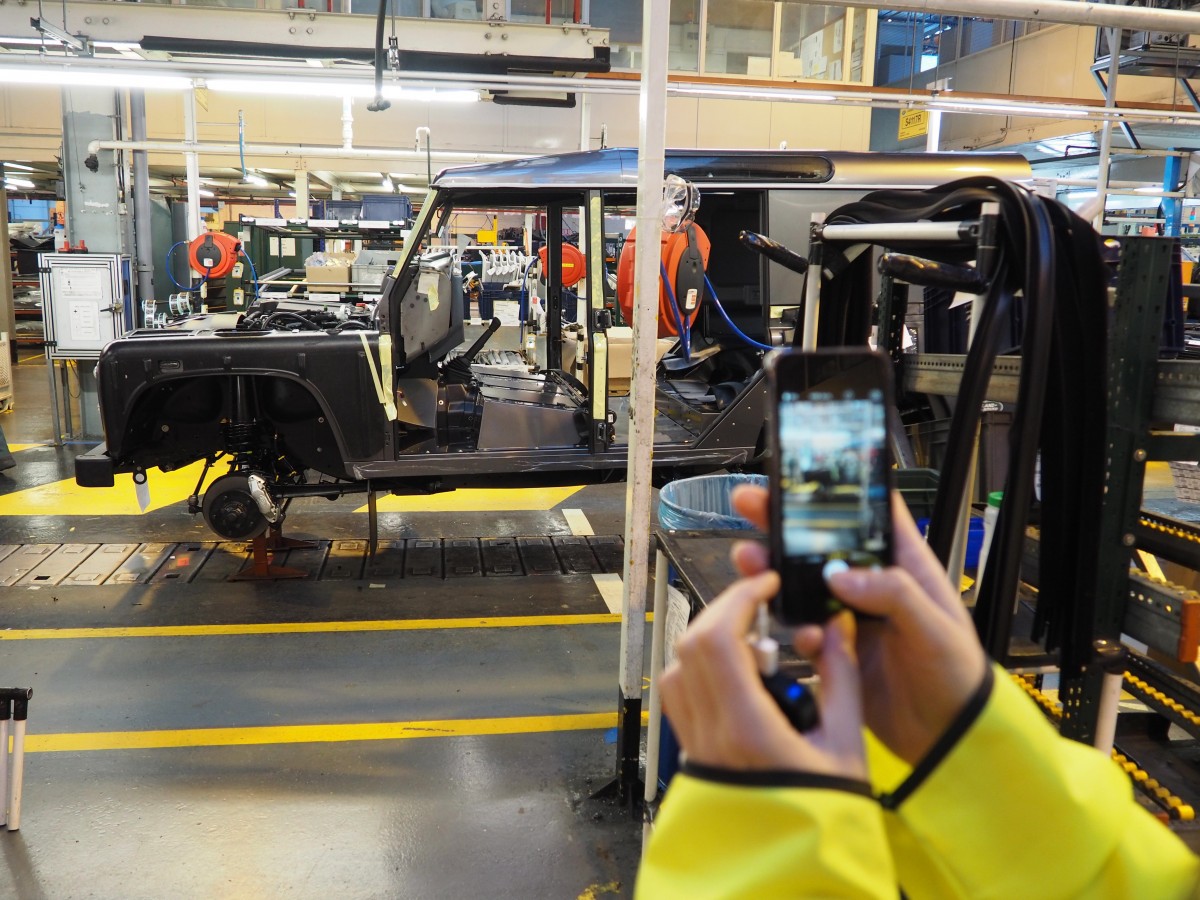 A year on and today I’m lucky, it’s January and I’m sat in a soft top Defender surrounded by a beautiful blue sky up in the Yorkshire Dales, it’s actually a little chilly but I have a heater and a 430 bhp V8 to keep me company, the sound and pace still impresses me, even after building so many. Behind me I have a media crew with a brand new G-Wagon with off road toys on it, followed by one of our base Defender T40 110 Utility’s. They’re doing a comparison of how the G Wagon fairs against a Defender. In reality the Defender doesn’t exist anymore and the spec is a long way off, so they’re comparing a £90k production vehicle with a low spec classic but actually, I suspect the G-Wagen has it’s work cut out… it’s just a Defender, but it’s absolutely fabulous and not an ounce of bad attitude. 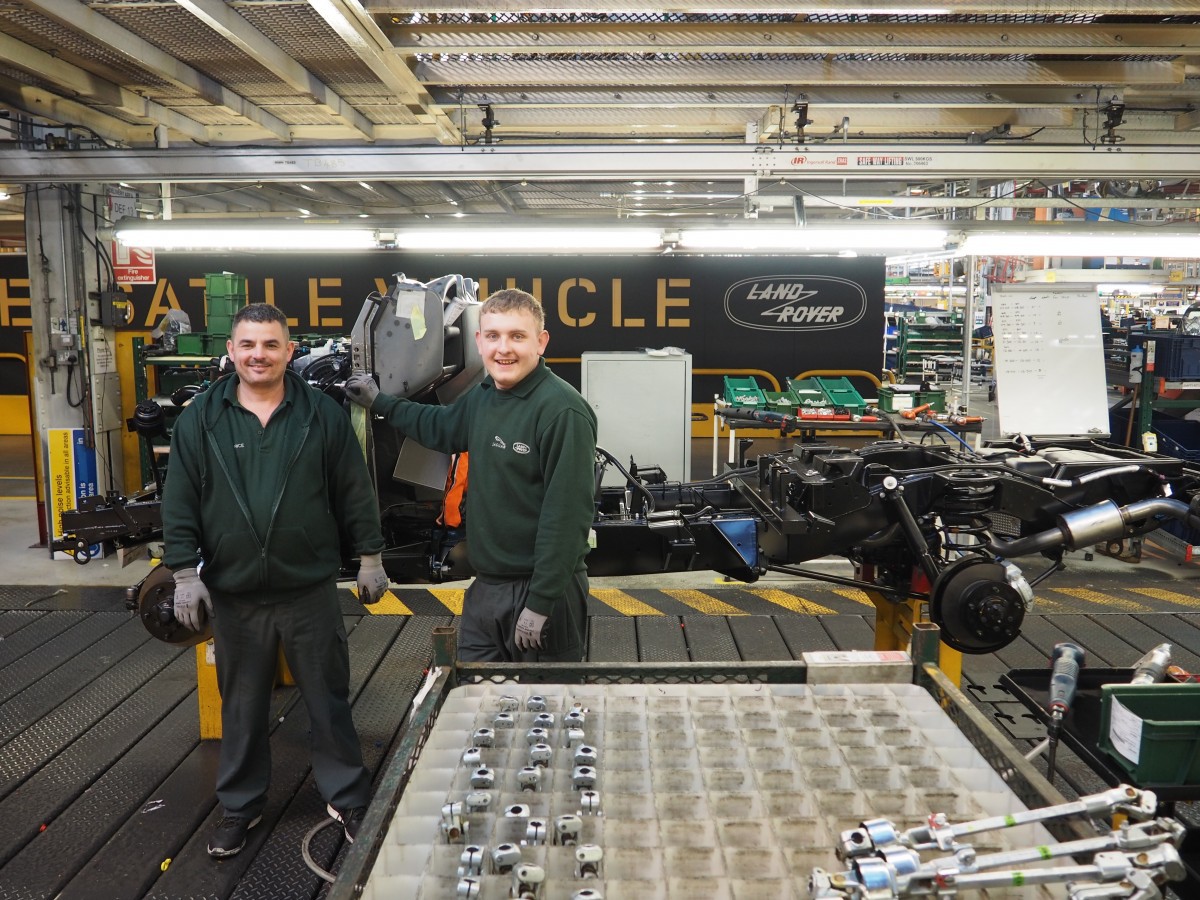