Ten years! Where did that go…?

It’s March 2007 and I had managed to secure four of the very last TD5 90 County Hard tops from Farnell Land Rover® in the centre of Leeds. I called Lombard, arranged some finance and picked them up. It was the first year of trading on my own; the entire company of Twisted was in my garage at home. Every day the APC driver would call and collect parcels of tuning parts being shipped around the UK and even a few beyond. At that time we had fitted some parts using two local garages but everything else was mail order, the business was tiny, four or five bays of racking, a desk and a phone and a helping hand from my friend Gary.

Anyway, back to the four Defender® hard tops! These were my absolute favourites at the time. I loved the innocence of them. Cloth seats, steel wheels with 205 16 Michelin tyres, electric windows, no anti roll bars, a rear wash wipe, central locking and not a lot else. The Td5 was, at the time, the best engine Land Rover® had ever produced; it made a wonderful noise and produced incredible power gains over a standard when tuned.

Once collected I quickly set to modifying them. Two were Java Black, one Stornaway Grey and one Rimini Red. A year later, like a litter of puppies, three had gone, I was left with just one of the black ones – AUV (the last part of the Reg) – AUX, AUU, AUW were all at their new homes.

That’s where the story began. After 2 years I had to repay Lombard the balloon settlement, which when paid made this the first new Defender® I had had and managed to pay for. It was quite an achievement at the time. It was mine. No one has any interest in it. I would keep this one.

Ten years later it has still done less than 40,000 miles. I wouldn’t be able to tell you where all these miles were racked up but I do recall a fair few…

The debut outing was the very first Twisted Performance Track day. Driven by Dan Evans of Protection & Performance Cages and my pal Craig, they took turns to demonstrate to Twisted® customers just what was possible with a Defender® in a race environment. 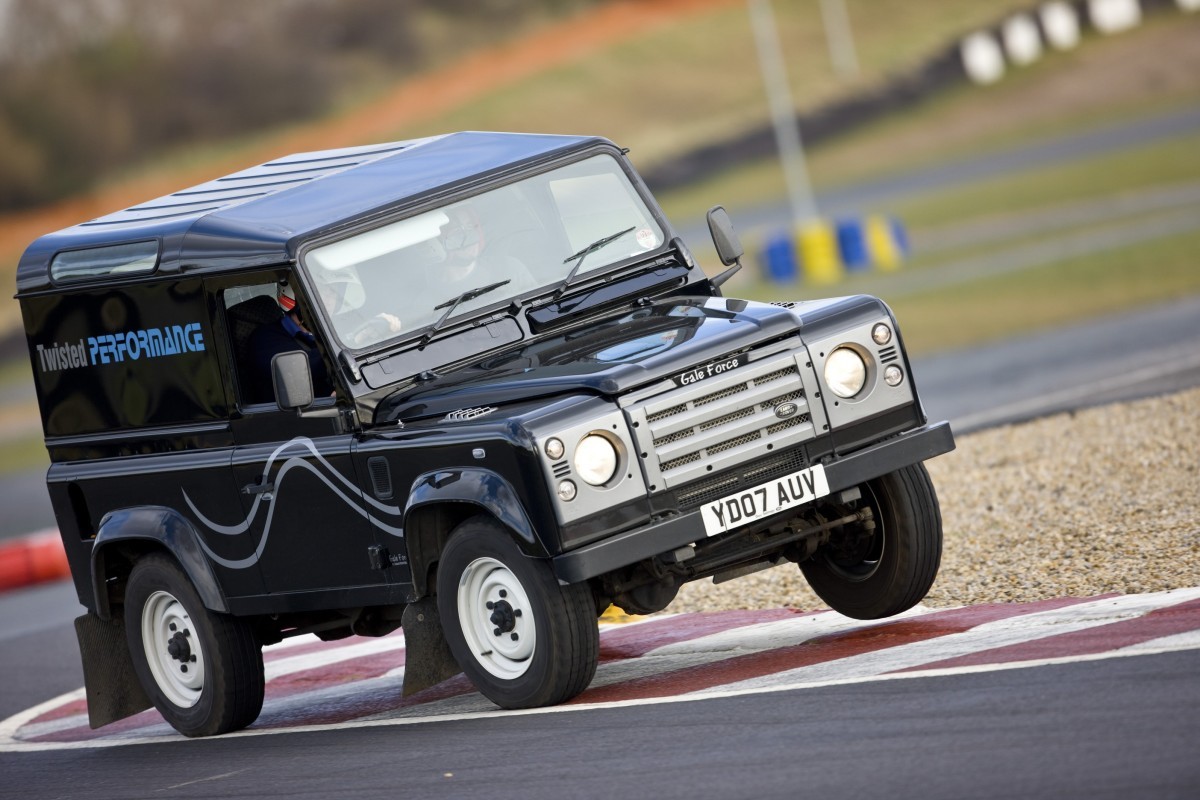 Next up, I believe, was Liddon Hill for a race car live event. We had already proved that with a locking rear diff, hard rear tyres and plenty of TD5 power this thing could drift, granted on a smooth tarmac track covered in rubber deposits. However, at Liddon it didn’t quite happen! I recall my heart being in my mouth as Craig exited a fast corner pointing the in the wrong direction… it cocked a leg in the air and settled gracefully back on all four. Phew! That was probably the end of the ‘drifting’ days. 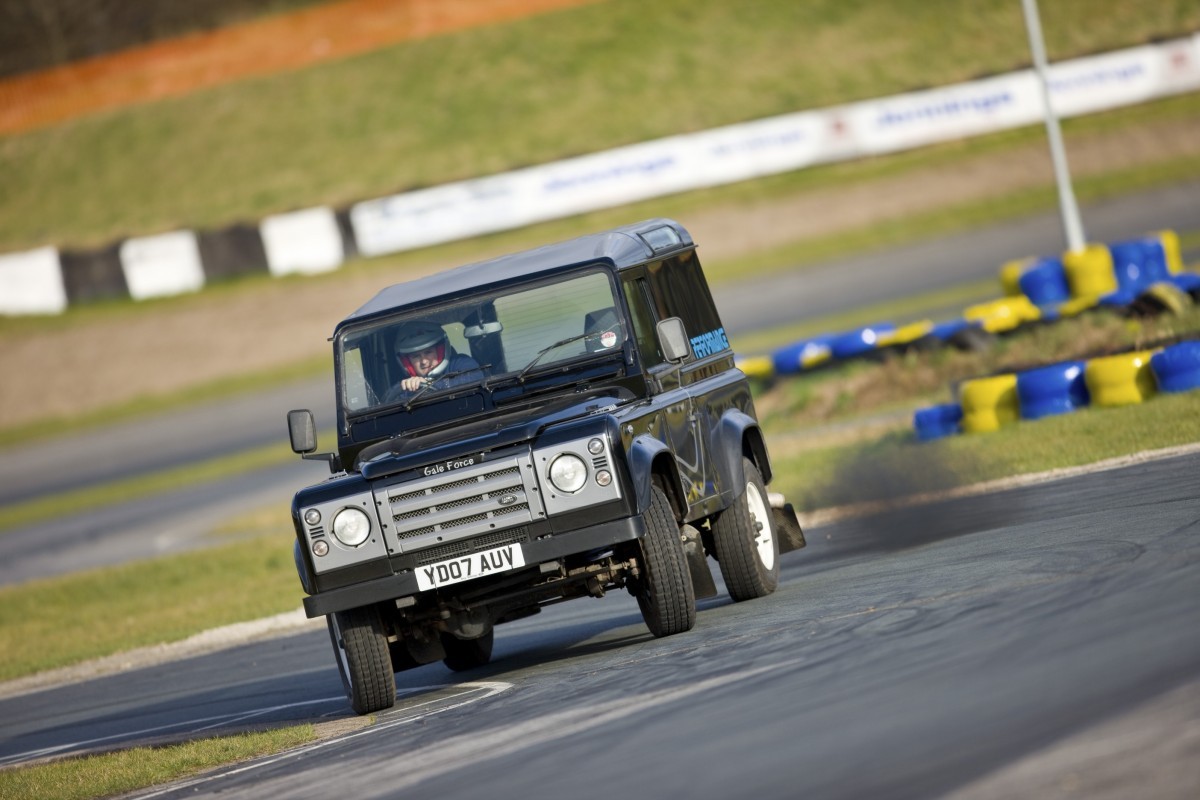 Except for Brands Hatch, we got black flagged for ‘drifting’ and called into the pits for a telling off! The fact is, trying to overtake a race prepped MX5 down hill, in the rain into a sweeping 90 left induced a 70 mph slide! Whoops. The great news is my timed racing driver mate, Matt, gathered it up and the photographs were spectacular. We explained it wasn’t intentional (it’s a Land Rover® after all) and they let us back on the track for another 40 laps. On one of these laps I was stood in the pit lane watching, I saw the front of the Defender® disappear round a corner at probably 80 mph, as I could see the front I assumed it was going backwards – I shut my eyes and waited for the ‘thump’! It never came, but Matt appeared out the corner over taking a track prepared fiesta. It was quite unbelievable.

Over the next few years I took this Defender® to Santa Pod where she beat every Defender® that dare to come alongside. Some of them more than once. 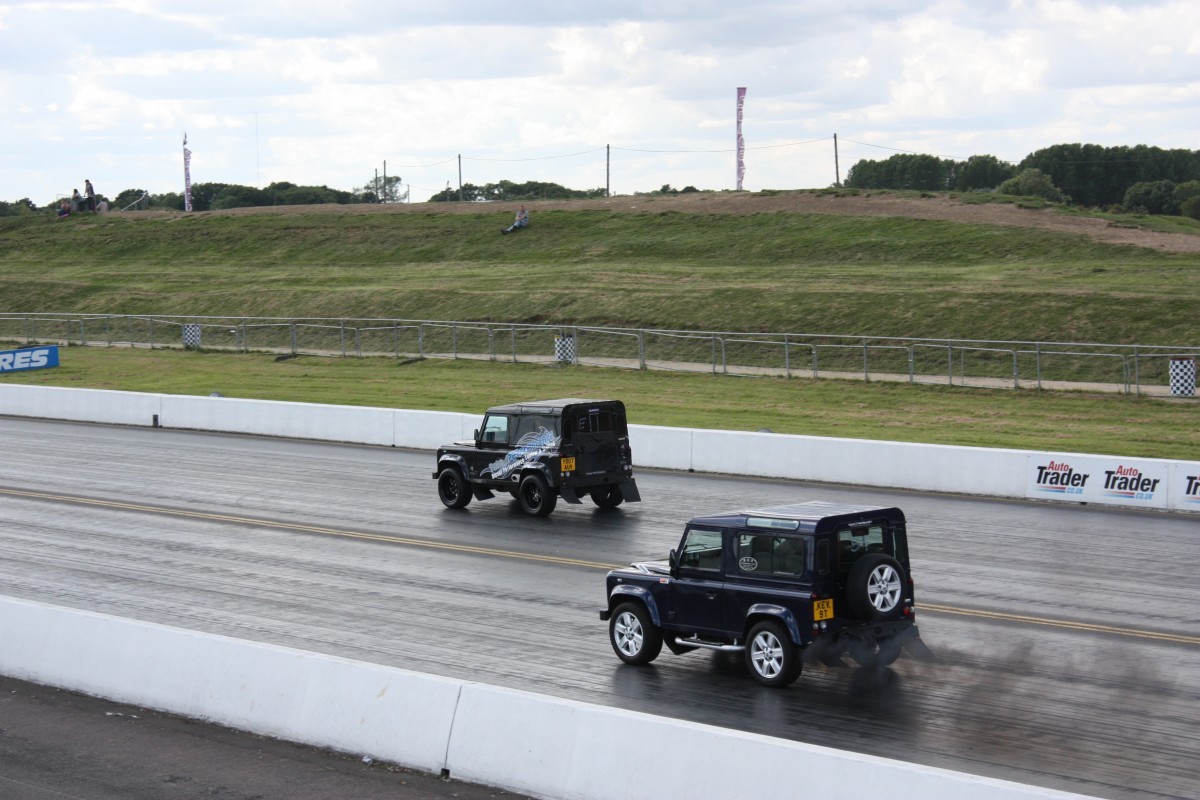 I took her green leaning in the Dales.

I took her to the Nurburgring, twice and completed 26 full laps without incident. When I went back the following year in a 400hp German estate car, I couldn’t manage the same time I achieved in the Defender®, showing just how amazing she was. 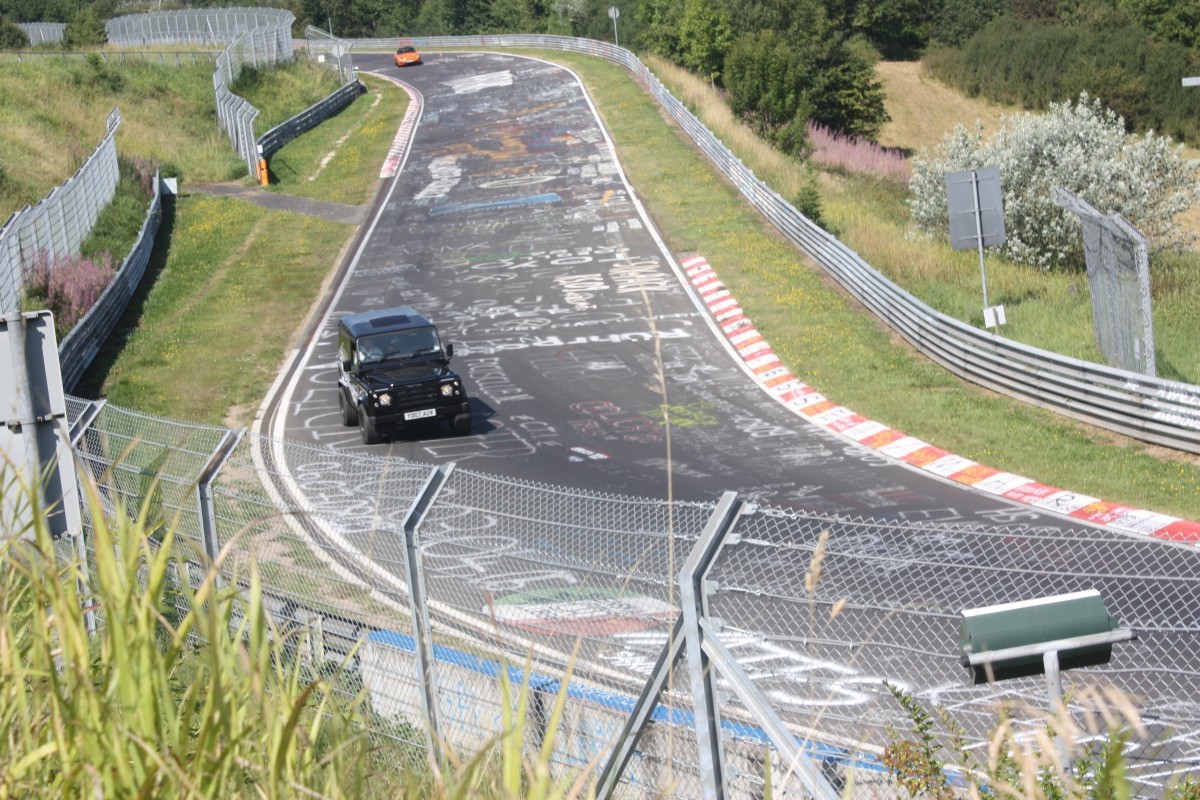 She went to Monaco, Goodwood, GYS, Autosport, highland, CLA… I used her for the beach, towed many miles, put her on display highly polished and got her filthy in the winter.

While she may have gone through a couple of remakes, she is still the same Defender®. She has the same body, chassis, axles, gearbox, engine, dash etc. She has never let me down and if I had a pound for every offer to buy her, I could have bought a super car by now.

The fact is she isn’t going anywhere. No matter what else is in the drive, she will always get the garage and first choice for my 6 year old to get to school in. 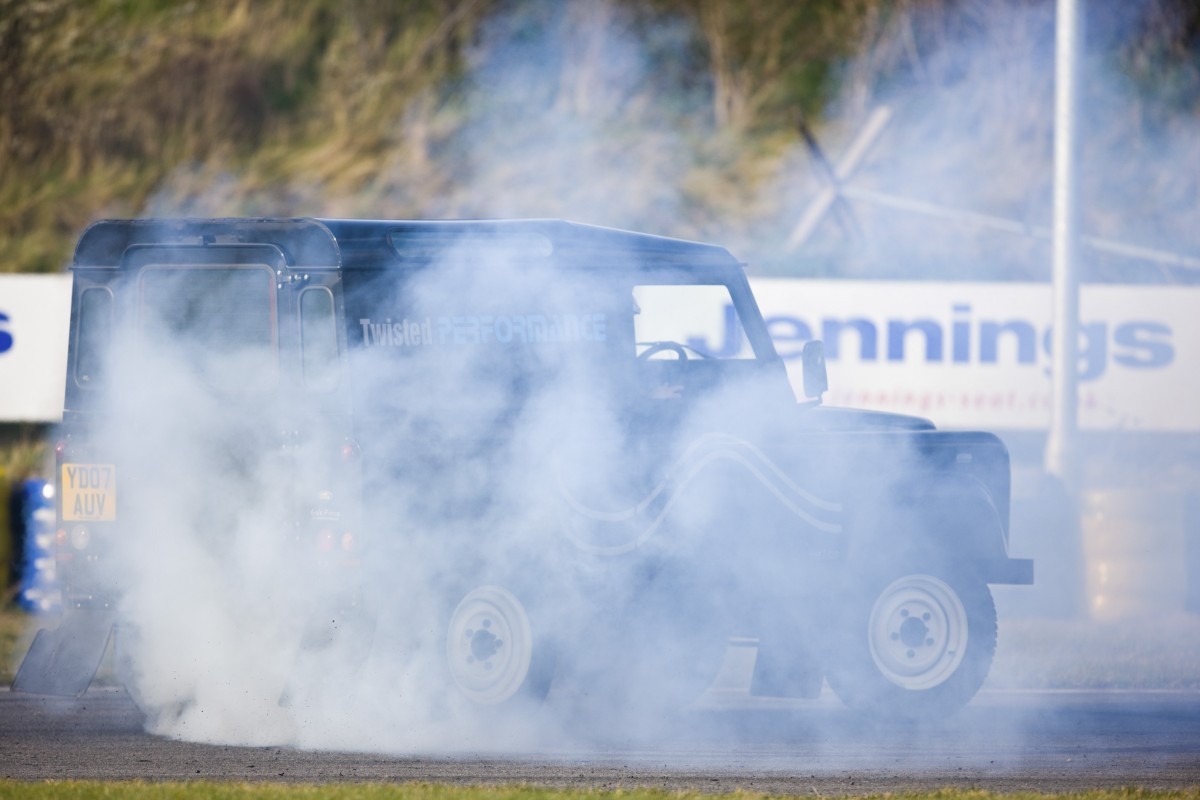