Founder Charles Fawcett always had dreams of a London showroom for Twisted and in our 21st birthday year, this became a reality...

Bringing a small section of Yorkshire to the capital, our new showroom is positioned in the heart of the Royal Borough of Kensington and Chelsea. Home to a select few Twisted builds, it provides the opportunity for test drives by appointment and a commissioning space for Twisted customers.

Our founder Charles Fawcett commented: “We are delighted to be bringing the best Defender ever created to London. It is a momentous occasion for our brand. “Twisted is made in Yorkshire but our customers are all over the world. Many of them frequently travel through London so having a base there means we are now in easy reach for them while enabling us to introduce our incredible vehicles to an even wider audience. He continued: “The phrase ‘Chelsea tractor’ may have been coined in London but a Yorkshire-built Twisted is actually the perfect city car as many of our existing London customers will no doubt attest, offering great visibility and the ability to fit into tight spaces. “The new Radley Mews showroom will give people the chance to either buy and drive away one of our exclusive Defined range or to be guided through the commissioning process to create a vehicle that’s completely bespoke.”

“We are delighted to be bringing the best Defender ever created to London. It is a momentous occasion for our brand.”

Following in the footsteps of classic car royalty, Charles treated us to some Twisted history…

“Some things are simply meant to be. Call it serendipity, call it fate – call it what you will but on very, very rare occasions, suddenly the dots become joined and everything just falls into place.

The property itself is at Radley Mews. It’s an address that may well be familiar to classic car afficionados, having showcased Saab and Rolls Royce before the previous inhabitant moved in 18 years ago. That was no other than Graham Hunt, a well-established collectable car expert who recently relocated his business to Battersea.

The firm specialises in rare and highly sought-after cars. They seem to be able to find one-off vehicles that nobody else can, such as prototypes or one-off Range Rover builds, to sell from this unique mews showroom in Kensington.

The company is a regular at events such as Goodwood Revival and the National Classic Car Show, where Graeme and his team showcase models such as the Rolls Royce Silver Shadow, S-Type Continentals and prewar beauties such as an HJ Mulliner Sedanca de Ville Phantom III.

Radley Mews was home to the classic, the collectable, the largely unattainable. In a world where niche trumps nouveau every time it was, like many of its inhabitants, simply the best in its class. 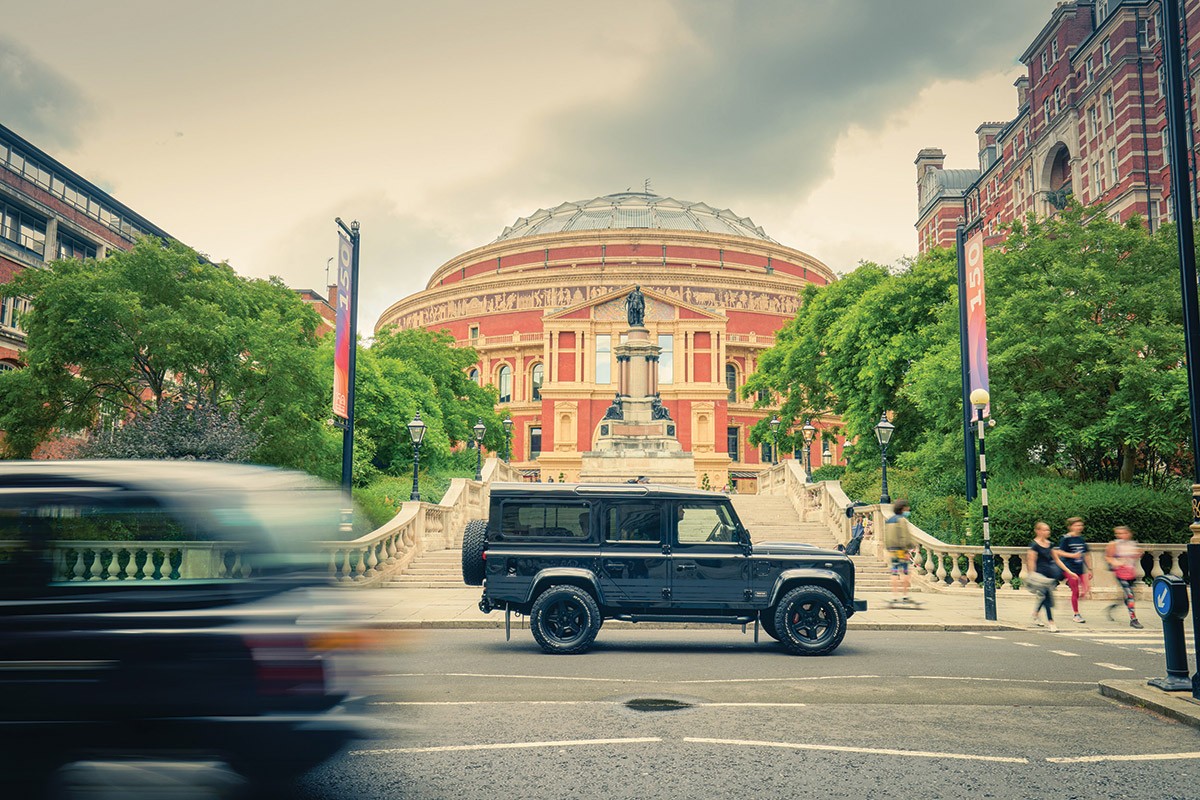 “Back in 2005, I would never in my wildest dreams have thought that Twisted would have a showroom in Kensington.”

I remember back in 2005 chatting at one of the motor shows to a guy called Mike Bishop, who had a Defender. I ended up delivering some performance parts to him in London and arranged to drop them off at his work – which just happened to be the Graham Hunt showroom.

It was full of the most incredible super cars, there was even a Spyker, perhaps the most distinctive and decadent supercar ever produced. It was amazing but cost an absolute fortune to buy.

Mike was one of the first to comment on a recent social media post where I announced that the deal was done for Twisted to take over at Radley Mews. That was the moment when it struck me that we had come full circle, that the dots had been joined up.

Back in 2005, I would never in my wildest dreams have thought that Twisted would have a showroom in Kensington. Yet here we are, in one of London’s most affluent areas, a stone’s throw from Knightsbridge, Belgravia and Mayfair.

In our 21st year, we’ve managed to join those dots and we’re now welcoming friends new and old to our very own classic car utopia.

To book an appointment at our Kensington showroom, please contact the team on: